A colourful and fun Peckham Employment Academy Wedding in London

What was it like to work with me for your Peckham Employment Academy Wedding?

You were fantastic! So many of our family and friends have commented on how great you were. You melted into the crowd for candid shots, and managed to herd an unruly crowd into place for group shots. What a star. We also really appreciated how even though we only had a half-day booking with you, you gave us so much time and energy both before during and after the day. We felt in very safe hands!

Why did you choose a Peckham Employment Academy Wedding?

We were looking for somewhere we could get married in South East London that would hold our large families. Peckham Employment Academy is somewhere we’ve walked by hundreds of times over the years without realising what an amazing building it was. After choosing it for the ceremony we met with David who manages the brilliant social enterprise that is Brewbird- the cafe and courtyard downstairs at the Employment Academy- and we decided to go for that too.

What did you both wear and why?

Natasha went for an Asos jumpsuit with tasselled sleeves- she fancied something a bit disco. Alex hired a blue suit from Moss Bros to go with his nice hair! 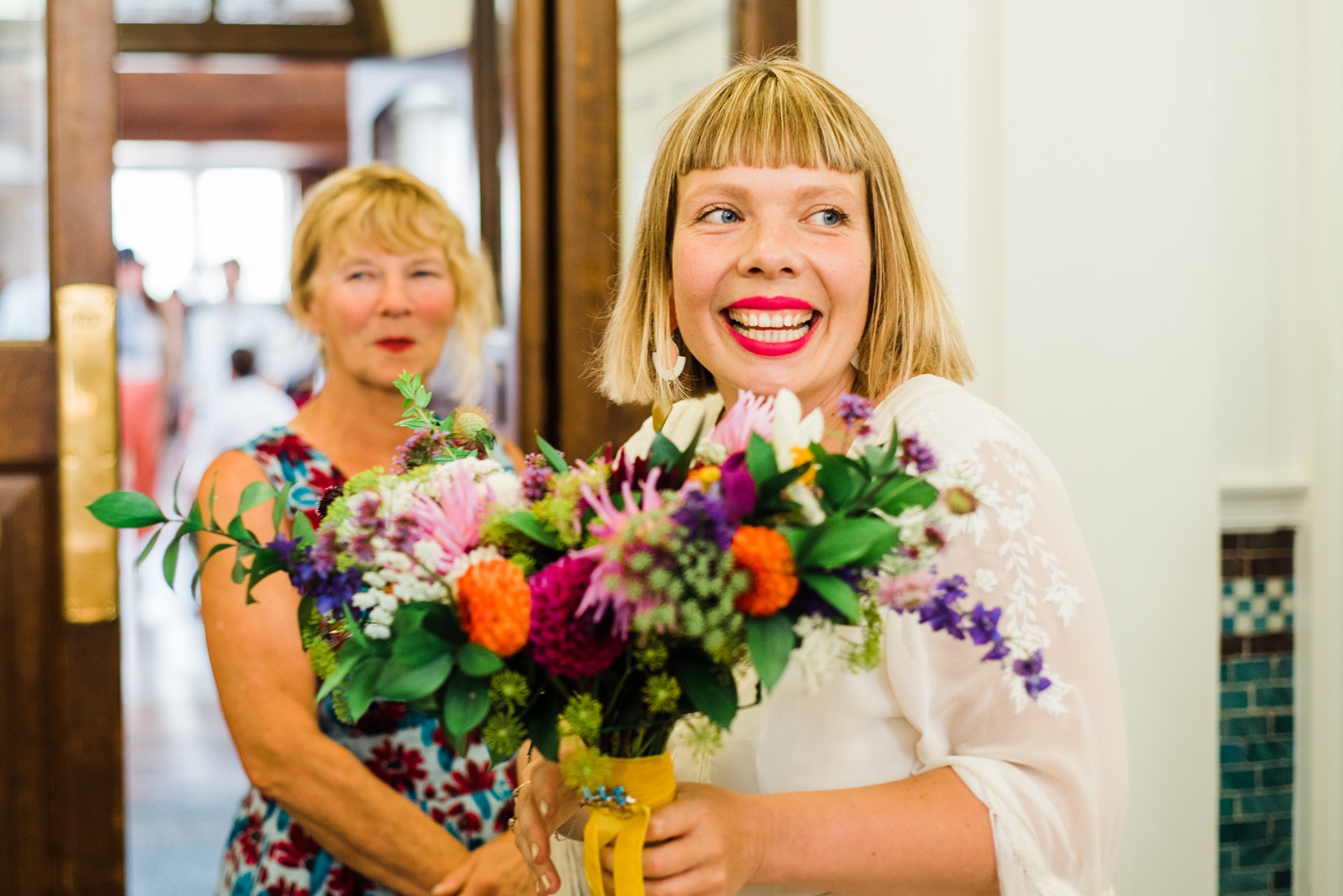 How did you style your Peckham Employment Academy Wedding?

We were incredibly lucky that my (Natasha’s) mum Joy grew all the flowers on her allotment which were then arranged by my sister-in-law Jemima. Other than that we just had a bit of bunting and some colourful tablecloths- but the courtyard is such an awesome space we didn’t want to add too much.

What was your plan for super relaxed party?

Our aunts catered the huge family buffet which was incredible. The rest of our family brought desserts. We drunk lots and had some speeches, then an awesome line up of our friends and family Djing into the night!

Did you have any special entertainment?

Alex’s mum and step dad organised for the amazing Magic Depictor to come during the evening. They’re a magic live drawing portrait booth!

Want to see more weddings like this relaxed London wedding? Check these out: 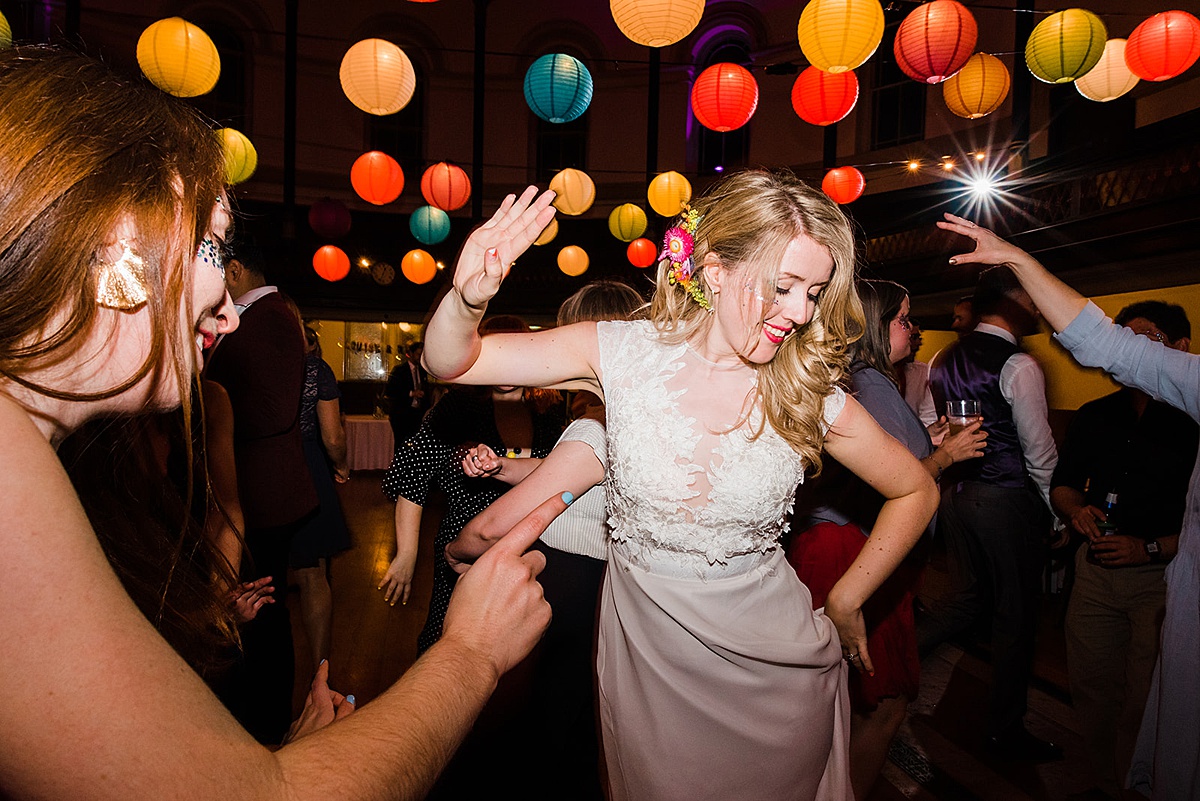 I use cookies (not the eating kind, sadly) to ensure that we give you the best experience on our website. If you continue to use this site I'll assume that you're fine with this.Whatever, make this box go awayRead more